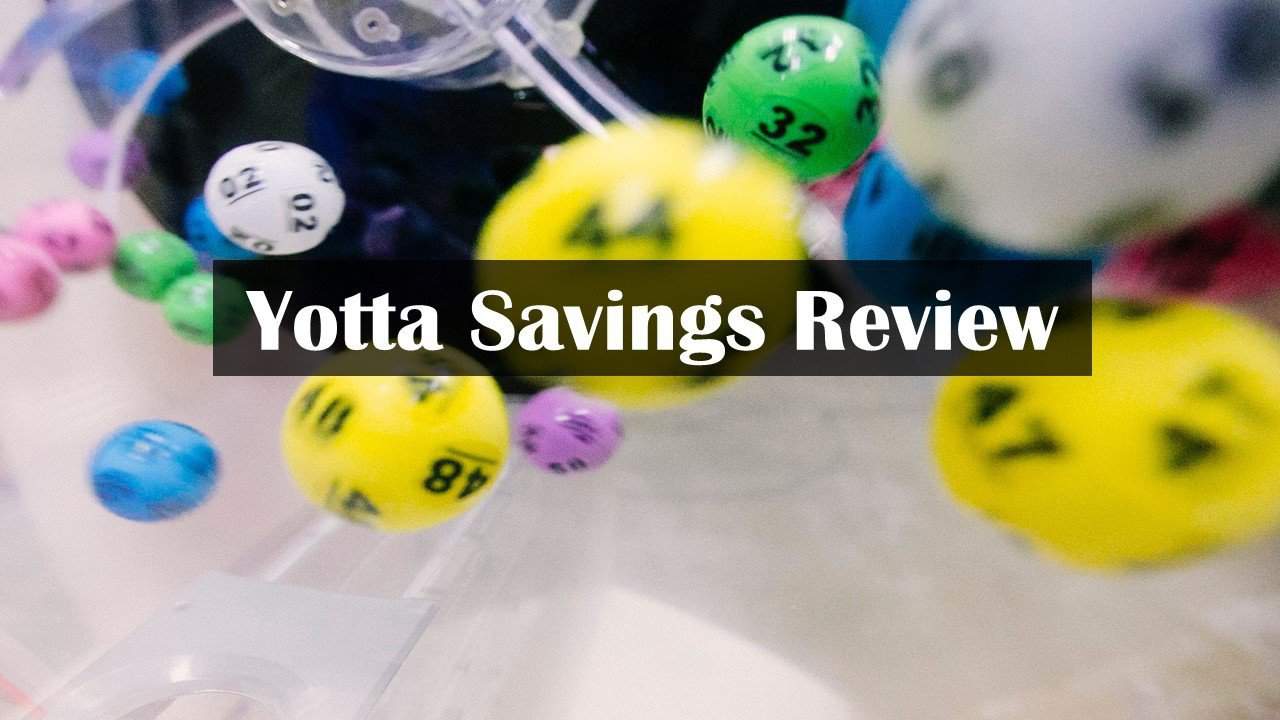 Since I have started this blog, I have had people ask me about savings. How can I save more? Where can I put my money? What is the best place for a savings account? These are typical questions I even ask myself sometimes. I am always looking for a good place to park my emergency fund to earn a good rate.

With rates so low, it can be hard to find a place to put your money. Yotta savings is a place that by numbers standards is the answer to people’s questions.

What is Yotta Savings

Yotta Savings is a new App/ company that is geared to helping people save more money with competitive rates. It is using a prize-like system to incentivize individuals to save their money with them. They took a look at how many Americans save money, and how to get more Americans to save.

Yotta Savings thinks this could be a winning strategy for Americans. If they could move that lottery money into savings then they are more likely to save money, have the thrill of playing the lottery, while winning some interest on top of that saving.

This concept of winning prizes for saving money seems good on the surface, but could it actually work?

Premium Bonds in the U.K.

In 1956, the U.K. came up with a savings mechanism called Premium Bonds. They also saw a lack of savings. Since 1956, 23 million people have invested in Premium Bonds.

It is a system that gives prizes to people based on how many tickets they own. You get a ticket for each Pound invested, and there is a monthly draw for the winners.

The excitement of possibly winning money helps incentivize people to save into these bonds. Yotta Savings saw that it worked for Premium Bonds and therefore copied the model to create the same thing in the U.S.

As we look at Savings Account Rates in the U.S., we notice that they suck. I am with Ally bank, and they are like the gold standard for good rates, but as of September 24th, their rates dropped from 0.80% to 0.60%. My money is just not making anything in return. The rates are just so low.

Now it will be a battle between Yotta Savings vs Ally bank for best rates.

You look at competitors as well, and the rates are just so small. The highest I found was Citibank with a rate of 0.90%. With national interest rates close to 0% it is hard to find a good place to put an emergency fund.

Most likely, you just need to put it in the market. On the other hand we all need a good emergency fund to help out with emergencies. It is good to have a good rate where our money can earn something.

If you sign-up with Yotta Savings using code STEVEN120 you get 100 free tickets.

After watching a youtube video by Graham Stephen, I took a search into Yotta Savings. He mentioned another youtuber named AskSebby. AskSebby came up with an effective rate for Yotta Savings at around 1.8% APY.

How did he come up with this? Math!!

I have attached his spreadsheet. Now his math says 2.59% APY, but he released a youtube video saying it was closer to 1.8% APY.

Yotta Savings took the same model as Premium Bonds but changed it for the better. The base rate is between 0.20%-1.8% + 0.20%. It works as a high yield savings account, but with a lottery feel.

For every $25 you will get a recurring ticket for a weekly lottery draw. What that means, is that for every $100 you will receive 4 tickets every week without expiring.

With these tickets you can pick a number for each day of the week with a Yotta number for the last day. If one number is right you win a small cash prize.

On Mondays, you can decide which numbers are the numbers you would like to choose, or you can have it done by the app. 9:00 p.m. every night, the numbers for each day will be selected. At the end of the week, you will see if your numbers have won any cash prizes.

Every prize above $1000 will be split among the other winners of that prize.

Here are some of the other odds taken from the Yotta Savings website.

There are some limits.

Protections by the Bank.

Everything sounds good so far, but what about the protections? What bank is this with? Those are great questions. They are banking with Evolve Bank.

Evolve Bank & Trust is a bank that was founded in 1925 in Memphis Tennessee. It is an older bank, which has FDIC insurance.

Who picks the winning numbers? To make sure Yotta Savings does not have a say in which numbers are picked, they have hired an insurance company that has ownership within the company. A 3rd party insurance company chooses the numbers at random every day.

This should give the saver some peace of mind.

Not every savings account is the same. There are always things you can improve and make better. Here are some things I like and some that I feel could be better.

Secondly: You can set-up an automatic withdrawal, which will give you 8 free tickets to start off with.

Thirdly: To get an extra 100 tickets you can use my referral code of STEVEN120.

Recently, I have joined Yotta to see how it works.  It is quite exciting, and I hope that I can do some calculations of my own to determine the rate that my money will be receiving. On top of that, this app should help people to save more.

If you are looking for an easy fun way to save money try out Yotta Savings. Deposit $25 and use my code of STEVEN120 for a free 100 tickets, and do a recurring deposit for an extra 8 tickets.

These Youtubers are jumping in and their numbers prove it, why not take a try. 1.8% APY is better than the 0.6% I am receiving from Ally.

I am very excited to save some money. Are you?

4 thoughts on “Yotta Savings Review- The Gamification of Savings”